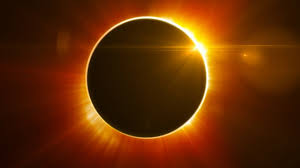 My experience, and that of some other people I have known well, is spiritual alchemy (or soul alchemy) requires much introspection, which is easier said than done, as the ego can be quite selective. In my case, and in the case of those other people I have known well, a fearless personal inventory required angels standing us before mirrors for long stretches of time, with frequent refresher courses. That was the core of the discipline, even as we were introduced to other aspects, including being advised, corrected, adjusted and even spanked ongoing in dreams, visions and internal sensations. As we progressed, we were given human interaction assignments, which tended to challenge the status quo, rock boats, etc. We were put to take increasingly serious personal risks. We were introduced to the "Dark Side of the Force," which the angels called Lucifer, and we found it inside and outside ourselves, and we had to come to terms with it internally and externally. We learned as above, so below, also meant, as below, so above, and what we saw around us reflected what was in us and in other dimensions: the good, the bad, the beautiful and the ugly. It sometimes was spectacular, what we saw and heard, but mostly it was a lot of really hard work, and still is a lot of really hard work. We were steered away from "gurus". We had all we could say grace over trying to stay in the angels' good graces. Some of the angels' names: Michael, Gabriel, Raphael, Khamael, Melchizedek, Jesus. Of the people I know, I am the only one Kali took to task. Some of us, such as myself, had Christian upbringing, some of us did not. None of us attend church, yet we don't know when we are ever not in church.