on the passing of Jim Hendrick in Key West 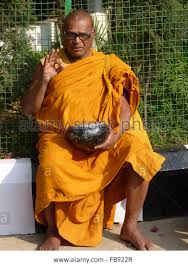 Jim Hendrick recently died in Key West, of cancer, which had started in his brain, was arrested for a while by medical interventions, but finally prevailed. Jim was a follower of the esteemed Buddhist monk Thich Nhat Hanh. Over time, I came to think Jim was a reincarnated lama doing something different in this lifetime.

The other day, Jim's and my mutual good Florida Keys friend Todd German said Jim's widow had asked that everyone who knew Jim write something about him and send it to her. I told Todd that I would have to rest on it, because my views were not in line with what he was telling me about what he and other people were saying about Jim in the wake of his passing.

The next morning, my Key West homeless girlfriend Kari Dangler suggested I simply write, "I'll see you in greener pastures on the other side, Jim." I told her that reminded me of a poem that fell out of me when I lived in Boulder, Colorado, in the early 1990s:
The Tree of Life grows not on the battleground of good and evil, but in a quiet meadow, beside a gentle stream, under a beautiful rainbow that knows not right or wrong.

Then came texts from me to Todd over the next two days:

Godspeed, Jim. I’ll see you in greener pastures on the other side.

“A special place in hell is reserved for developers who buy trailer parks and evict the tenants.”

Jim said that to the Monroe County Commission in Marathon. As Jim was leaving that meeting, I left my chair and walked over and introduced myself. Late fall, 2006.

My favorite moments with Jim were over a chess board, trying to (emphasis trying) to beat him, and watching him trying (even more emphasis) to beat the inebriated reincarnated high lama chess dervish Patrick McEvoy.


But then, perhaps what reached the judge was Jim’s contrite confession that he had dishonored his family and friends and profession and himself.

I wrote many times on my blogs about Jim's and my "hit and miss" personal relationship.

Jim's federal prosecution was rooted in his allegedly, when he was the county attorney, facilitating the bribe of a county commissioner by real estate developers. The statute of limitations had run on bribery, and Jim was prosecuted by the US Attorney for conspiracy, witness tampering and obstruction of justice.

A federal jury convicted Jim in 2007. The federal trial judge put Jim on probation, because he was the only person the US Attorney had prosecuted. The county commissioner had died. One of the co-defendants had died. The other had made a deal with the US Attorney to wear a wire while talking with Jim.

Jim was disbarred by the State of Florida. He continued representing developers as a private consultant.

The US Attorney appealed Jim's probation for failure to follow federal sentencing guidelines. The 11th Circuit Court of Appeals agreed with the US Attorney and remanded the case to the trial court for a new probation hearing. The trial judge had retired and a new judge was assigned.

I was a former law clerk to a federal trial judge, who had presided over every criminal prosecution in the Northern District of Alabama. Behind the scenes, he had run the Democratic Party in Alabama.

I then became a practicing attorney in Birmingham, who later wrote consumer protection books about the residential real estate industry and the lawyer client relationship.

I quit the practice of law in late 1985, and, with angel help, became a mystic. A sometimes beautiful but mostly gruesome life change, about which I wrote a number of books, and later I wrote about it on my blogs.

In late 2000, angels sent me to live in the Florida Keys, to become involved in politics there as a citizen activist. I learned about that future in a dream, in which the federal trial judge, for whom I had clerked, told me he was thinking about getting into politics. I told him I didn't think that was a good idea, but knowing him, he was going to do it.

My father had kept a second home in the middle Florida Keys for decades. I had fished the flats around Islamorada hundreds of times. I had fantasized moving to Islamorada and becoming a flats guide.

Angels had told me in early January 1995, on No Name Key Bridge, which connects Big Pine Key and No Name Key, that because I loved the keys so much, I would be used to try to protect them.

I felt my soul lived in the Florida Keys. It greeted me when I returned, and I wept, and it stayed behind when I left, and I wept.

I never dreamed I would write a letter to a federal trial judge on behalf of a Florida Keys real estate developer lawyer, saying the federal trial judge, for whom I once had clerked, had told me many years later that the goddamned 11th Circuit Court of Appeals' sentencing guidelines had taken the humanity out of being a judge, but he had figured a way around it, and he wasn't going to tell me how he did it!

Meanwhile, the most poetic moment in my relationship with Jim Hendrick requires going back to the beginning, when Jim told the county commissioners a special place in hell is reserved for developers who buy trailer parks and evict the tenants. Jim was representing a mega-real estate developer, who had bought a trailer park and then submitted an application to redevelop it for high-end residences. Jim convinced the commissioners that his client was not making the trailer park tenants leave, and that the development was grandfathered under a Florida statute, which had been repealed by the state legislature. (Eventually, all the trailer tenants would leave.)

As a registered Independent, by a 3/1 margin, I had recently lost my first county commission race to the Republican incumbent commissioner. My mantra during the race was: "No more new development, period, the end. The Florida Keys already are way over developed, and there is not a person living here who can look in a mirror and honestly argue otherwise." I introduced myself to Jim as he was leaving the commission meeting. He knew of me from the commission race. We exchanged email addresses. Our friendship began.

As time passed and things happened, I came to think the mega-developer was possessed by Lucifer, and I published that on my blogs a number of times. Then one day, Jim said he would prove to me that his client was not possessed by Lucifer. I invited Jim to put on his case. Jim said his client was the best salesman he ever met. He got people to look at what he wanted them to see, and not at what he didn't want them to see. I said, "That's how Lucifer sells. I rest my case."

Also at that poetry reading were Jim’s wife, Todd German, and Jim’s future wife, who one day would ask Todd to invited people who had known Jim to write about him.