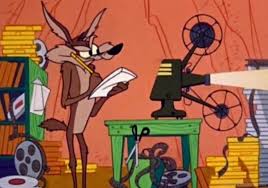 I want your opinion on what you think of this CNN Newsman? Not for your blog, just between you and I.... 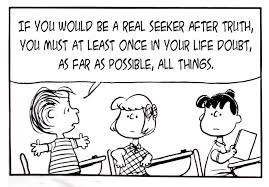 Lynus:
Lemon's interview was more an op-ed, than news. Should he have disclosed he is gay, before going into the minister's disagreement with President Obama for backing gay marriage? What if Lemon was not gay? Should he disclose he was straight, before going into that? I think the minister hedged, until Lemon quoted him from back then. But, what did any of that have to do with the minister visiting President Trump, other than to allow  the minister to say he had agreed with Obama on everything else, and he had visited President Obama and other presidents, to try to help blacks and poor people of any color. The minister seems to have solid standing to be about that mission. He was correct, when he said Trump attacks everyone, and not just people of color. However, when the minister said said he was not Trump's judge, which is true, I wondered what that has to do with whether or not he likes Trump attacking everyone? I think the minister hedged there.
Maybe more later.

Thanks, I didn't know that the interviewer was gay... that makes things more clear as to why he seemed to have a bug  up his ass with this old man! I thought this exemplifies how personally subjective the so called news has become... everybody is just trying to use people as pawns for their own attention grabbing purposes... I doubt that there are any real journalists left!
I also don't think that the Dems are any better than the Reps... they are just better at hiding the fact that all they care about is getting and keeping power! Those who think that any of these politicians are telling the truth, deserve everything that's coming to them! The same goes for the Main Stream News Media.... that's why I don't watch any of it!
I don't understand the pack mentality... don't feel any kinship for any group of people... to me, all humans seem inherently sad and disjointed!!!!

Lynus:
Spinning reality seems to have become humanity's favorite pastime, yet this year's gang of Democratic wannabe presidents are poking, if not actually slaying, a herd of sacred cows.
Isn't it great that you and I are eternally blissful independent-thinking Pleiadeans, who never let our own personal toils and troubles and wishes and wants affect our perspectives and words?
Hmmm, was Jesus a journalist or op-ed-ist, of sorts?
As for rat-infested Baltimore, I would have loved for Lemon and the elder minister with many thousand leagues trying to help blacks and any poor people, to have had fun with this poetic human beauty beast reported several places, this one in USA Today:
Those 'rat infested' places in Baltimore? They're owned by Trump's son-in-law


Lynus:
The black YouTube-ist ratted out Lemon as being gay. You must have dozed off before then?

Wiley Coyote:
Yeah, I've been doing a lot of that lately... my wife calls her "spacing out", I call it filtering out the noise!

When the Christ's away, the Pharisees will play!

My wishes and wants have become almost nil.....

Back when I spent time in churches, I got a sprinkling of Christian friends to agree that mainstream Christianity had become today's Pharisees.

But then, as my friend, the Empress of Fantasia, said of her own self, "This plank in my eye, I can barely see."

sloanbashinsky@outlook.com
Posted by Sloan at 8:00 AM