dreamed the Democratic candidates are messengers from God 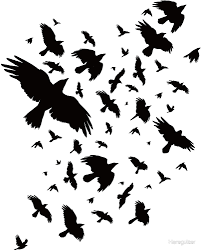 Those to dreams, and some things that passed between Sancho Panza and Don Qixote yesterday caused me to think the crows and the passenger train are the Democratic candidates headed to Washington, D.C., with messages from God, and I need to be kinder to that flock of crows. 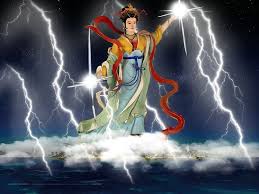 Here's a link to the previous post on this blog, followed by ensuing back and forth between Don Quixote and Sancho Panza:

During last night's Democratic Party wannabe president debate, Marianne Williamson named what really ails America, but has she atoned for pushing that America retaliate for 9/11?

Don Q to Sancho:
Can you resend your fabulous take on Marianne Williamson. As I was responding to it, I must have done something and yours vanished. And, can you find and send me a link to a YouTube, or some video, which has only her remarks at last night's peacock strut?

Sancho  Panza:
She's The Democrats, Donald Trump.... the DNC is as terrified of her as the RNC was of Trump! I like her, she made some pretty good points, specially about Healthcare being Big Business and not interested in HEALTH!  The rest of them were more of the same, Trump bad, we good... vote for me .'cause I am not Trump!  The USA Presidential Elections are like Reality TV... and not as entertaining!

Don Q
Having never watched Reality TV, I cannot compare. But, the political circus is more entertaining with a rogue candidate who don't be beholden to any political party, even her own.

Sancho
Hard to pick which video is best.... I will leave that to you.... the one where she is interviewed after the debate is pretty good!

https://www.youtube.com/results?search_query=marianne+williamson+debate&sp=EgIIAg%253D%253D
Marianne Williamson: "I was in my own head"
Thanks, hope there is a video of just her remarks during the “debate”, surely her staff cut and pasted and spliced one together into something to launch hopefully viral.

Can imagine her performance in that debate increased her guru gro$$ rating point$ dramatically🤑.

I never watched reality tv, so can’t compare. Wonder how Williamson would respond to being called the Dems’ Trump? Heh.

Trying to imagine Williamson and Trump in a tweet duel. I bet the other Dem candidates would just love that going viral and launching Oprah’s guru onto all the world’s stage! And it didn’t cost her a penny.

Sancho
Yeah, I think HBO would kill for a "Williamson vs Trump" Presidential debate to put it on pay-per-view and make a bundle! It would be billed "The Exorcista does Washington"

Don Q
Now that would sho nuff be REALITY TV, but hard to imagine even Trump gullible enough to take that BAIT, and I think FCC rules require equal time for all candidates.

Fell asleep last night and missed the 2nd Dem debate. Tulsi Gabbard has forced the other Dem candidates and the media and the republicans and Americans to face America’s wars. 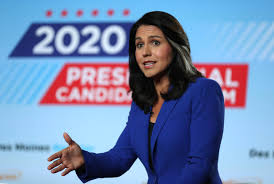 Subject: CNN Politics: Tulsi Gabbard breaks through in fiery debate performance
Hawaii Rep. Tulsi Gabbard emerged from the crowd of candidates Wednesday night with a performance that ranged from adversarial to deeply personal.

Read in CNN Politics: https://apple.news/ANZCpbbp2TNm7D1IBxKb78w
Sancho
SHE'S VERY SHARP AND FOCUSED; I POINTED HER OUT TO YOU A WHILE BACK! SHE WON'T WIN THE DEMOCRAT NOMINATION!  SHE IS TOO OUTSPOKEN AGAINST THE  INDUSTRIAL-MILITARY COMPLEX!!!!

Don Q
Given she served in Iraq, she actually knows something about that war and war and the military, which cannot be said of the multiple draft defermented tweety bird in the White House, who seems to be the military industrial complex’s wettest dreams come true. Any day now, I expect the tweety bird to holler, “I think I saw a puddy cat!” And he charges Gabbard with treason and orders Homeland Security to cloister her at Guantanamo.

Sancho
Nah, if they let Hillary and The Clinton Mafia walk free, I don't think Trump cares about getting tied down in the courts.... he wants desperately to build the Trump Wall as his Legacy!!! Trump is already the most talked about politician of all time.... and that's only in 3 years... I bet his wet dream is having his face carved on the side of Mount Rushmore! When you think about it he's quite amazing... some very powerful psychic forces are at work here! 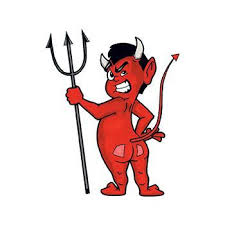 Based on what I saw in the debates, the Dem candidates, each in their own way, are calling out Trump and the Republicans on hugely sensitive issues for every American. I think it was Swalwell, who told the Republicans during the first debate this week, that history would remember them for whether they put the American people and their country first, or their party.

sloanbashinsky@yahoo.com
Posted by Sloan at 4:59 AM