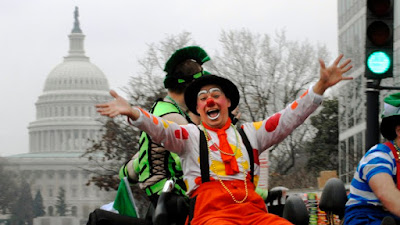 Stumbled across the NEWSWEEK surreality politics gemstone below, to which I was not able to refrain a fool comment:

BY JAMES WALKER ON 12/27/19 AT 5:09 AM EST
MSNBC Anchor Chris Hayes has suggested Mitch McConnell committed a "big tactical error" by telling Fox News he would coordinate with the White House on President Donald Trump's Senate impeachment trial.
The journalist said on Thursday's edition of All in with Chris Hayes that McConnell's "tactical error" led to Alaska GOP Senator Lisa Murkowski exposing a "real crack" in the Senate GOP by telling a local broadcaster that she was "disturbed" by his coordination commitment.
Hayes also suggested there were a "handful" of GOP senators "one could imagine breaking with the White House" during a vote on impeachment trial procedure.
His comments came two weeks after McConnell told Fox News that he would be working "with the White House counsel's office" through the Senate impeachment trial process, prompting a backlash on social media.
The Kentucky senator has also told reporters he was "not an impartial juror" and described the impeachment process as a "political exercise."
Reacting to the Fox News interview with McConnell, Hayes said: "It's kind of an amazing admission, right? Not even pretending, total co-ordination, no real trial."
The CNN anchor noted that only four GOP senators would have to defect on a procedural vote for the rules of any impeachment trial held in the chamber "to result in a real, actual trial."
"The big question is kind of a political one at this point," he said. "Are there any cracks among Senate Republicans? Are there any that are willing to cross the aisle and join with Senate Democrats on procedural votes?"
Hayes went on to say there were "a handful one could imagine breaking with the White House," but said there had not been "solid objections" to McConnell's tactics until Sen. Murkowski told KTUU she was "disturbed" by the majority leader's talk of "total coordination."
"Murkowski's an interesting case," Hayes said. "She's been a thorn in Mitch McConnell's side on a number of issues, perhaps most notably when she was one of the 'no' votes against Republican efforts to repeal Obamacare."
He continued: "Her stance represents a crack, real crack, publicly, in McConnell's efforts to forego a real trial. It's a sign that McConnell's decision to go on Trump TV and declare he was coordinating with the White House was a big tactical error."
Newsweek has contacted McConnell's office for comment.
In a KTUU piece published on Christmas Eve, Sen. Murkowski of Alaska said McConnell's comments had "confused" the impeachment process further and argued that Republican senators had to "take that step back from being hand-in-glove with the defense."
"For me to prejudge and say there's nothing there or on the other hand, he should be impeached yesterday, that's wrong, in my view, that's wrong," she added.
It is not yet clear when an impeachment trial of President Trump will be held in the Senate, as House Speaker Nancy Pelosi is continuing to withhold the articles of impeachment approved by the chamber on December 18.

sloanbashinsky@yahoo.com
Posted by Sloan at 6:38 AM