A FEW REMARKABLE ALABAMA PEOPLE I HAVE KNOWN, by a southern lawyer who became a mystic 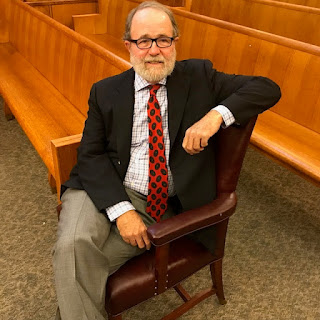 Here's link to a free little book about six remarkable Alabama people who influenced me during my formative years:

Sancho:
Sloan, I don't think NPR will find your piece on Charlotte and the Judge appealing to their Liberal Audience... not PC, my man!

Don Quixote (me):
When I lived in Boulder, and since then, I have thought politically correct is a terminal spiritual disease.

Someone recently told me to try Terry Gross, who hosts Fresh Air, and I got a canned email back saying they cannot respond to everything they receive, but they read it all.

Here is the text of my email.

I wish to present for Terry Gross and her show producer's consideration, A FEW REMARKABLE ALABAMA PEOPLE I HAVE KNOWN, self-published paperback, which started falling out of me in 2004, after I heard a couple of commentaries on NPR about stagnated writers whose careers were rejuvenated by synchronistic experiences. I was a stagnated writer.
There were several reprints, and I suppose I gave away about 2,000 copies. I recently republished it at A FEW REMARKABLE ALABAMA PEOPLE I HAVE KNOWN, by a southern lawyer who became a mystic, where anyone can read it for free. Perhaps people not from Alabama, who read it, come away with a new perspective of Alabama.

The book introduces 6 larger than life Alabama people, who influenced me during my formative years.

1. My spiritual father, in his teens fell under a train he was hopping and lost both legs above the knee, attended night law school, piloted the federal debtors court, got appointed to the federal bench, used to drink moonshine, cussed, and did not attend church, ran the Alabama Democratic Party behind the scenes, before George Wallace took over state politics.

2. My black nanny, daughter of a southern slave, the greatest cook in the world, my spiritual mother, who loved me as her own, a living saint, worked behind the scenes during the time of troubles in Birmingham, counseling her people to be patient with and tolerant of their white brothers and sisters.

3. My father's older brother, called a spade a spade, a healer pediatrician babies loved, treated babies, not mamas, the greatest fisherman in the world, I wanted to be my father.

5. My mother's Episcopal minister, hated asking his congregation to give money to his church, told his vestry he would close their church in the rich, white Birmingham suburb, Mountain Book, if blacks were denied attending services.

6. The wise, smarter than a whip family attorney, who became a lawyer the old way, by working in a law firm, who told me I'd never be happy until I found God.

In "a prior life", I was interviewed by Jane Pauley on TODAY, about HOME BUYERS: Lambs to the Slaughter? There were lots of media interviews regarding that book. Then came SELLING YOUR HOME $WEET HOME and KILL ALL THE LAWYERS? A Client's Guide to Hiring, Firing, Using and Suing Lawyers. Lots more media interviews.
That life ended, so to speak, and things got a lot more interesting, somewhat reflected in A FEW REMARKABLE ALABAMA PEOPLE I HAVE KNOWN and a more recent little agony and ecstasy sequel, LAW & SPIRIT, by a Southern Lawyer Who Became a Mystic, about my progression from human law into spiritual law, and then flashes back to my sometimes amusing and not so amusing legal training at the University of Alabama School of Law and later related events. It can be read at https://lawandmysticism.blogspot.com/

The third little book in the trilogy is a bit more ... mystical and intense.

Spontaneous Ramblings on Soul Alchemy, by a southern lawyer who became a mystic
https://spontaneousramblingsonsoulalchemy.blogspot.com/

Sancho:
I think a little different; instead of you writing a book about interesting people you've known, you should look at finding an author to write the story of your life.... it would be very interesting, I think!  Oink!

Sloan
If such a writer exists, s/he will be very busy for quite a while.
Posted by Sloan at 11:45 AM