Hey Trumpers and Bidenites, the currencies of this world are a slippery slope 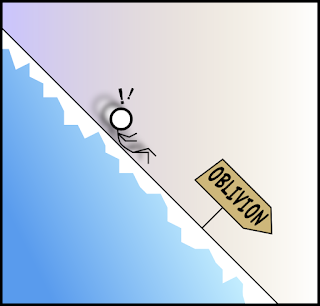 Text chat yesterday with an old friend in Appalachia, who voted for Donald Trump.

You’re right, the real spirit of Christmas seems to be losing its true meaning. Although I believe that one day Judaism and Christianity will be reconciled.

I was just reading a really scary article about Biden following sluit of the Chinese by taking the first steps in changing our monetary system to digital currency system. That way the government could be able to control the entire population. They’d have power over everyone’s money. If you thought wrong, spoke wrong, voted wrong, etc., they could cut off almost everything that was online directly or indirectly. .God and silver might be a way to keep your wealth away from evil empires, but China already has it.

Our friend S is the only Jew I know of to reconcile to Christianity.

When I asked our Methodist minister friend where the Devil would hide that no one would think to look?, the minister said he didn’t know. I said, in a church.

I saw plenty of the Devil in his church. And in many other churches.

And in politics - both left and right.

Jesus in the Gospels is a heap easier to worship, praise and claim salvation through, than to live as he lived and taught.

In sci-fi books and movies, all money is digital. I expet digital money to replace paper money eventually. When that happens, maybe gold and silver, diamonds, etc. will become backstreet currency and bartering will be widespread.

I’ve upset lots of right and left wing people, but by far, the right flagged my podcast far more than the left, and You Tube sanctioned the podcast because of the complaints, which were baseless, so we started publishing the podcast on Torrent, instead, where people seek off beaten path views.

We were banned from Russia and Belarus, and Red China and parts of India, when we published on YouTube. There is no way those countries can stop their people from accessing Torrent.

I hope to see a thorough investigation of Hunter Biden. His father needs to get out of the way of that.

Old friend, if you don’t see Donald Trump wants to run America like Vladimir Putin runs Russia, like Adolph Hitler ran Germany, then you need to see an eye doctor.

I woke up around dawn with more thoughts:

Today, Hunter is a consultant for and on the board of directors of crypto currency companies, whose crypto mines greatly contribute to over-stressing and imperiling TVA turbines and dams and nuclear power plants in Appalachia. I see no way Hunter's president father doesn't know about that, too.

If the Trumps and the Bidens actually knew Jesus in the Gospels, they would behave very differently.

Recently, Trump issued a fake coin with the likeness of his face it, and lots of his supporters bought it and it then decreased greatly in value as Trump laughed all the way to the bank.

As I recall, Jesus in the Gospels took a Roman coin with Caesar's likeness on it and said, "Render unto Caesar that which is Caesar's, and render unto God that which is God's.

Jesus in the Gospels said he did not baptize in water, but his baptism was in fire and spirit. And, many are called, but few are chosen; the work is great and the laborers are few; the road to life is steep and the gate narrow and few enter.

I see zero indication of Christendom and that Jesus ever merging.

Below is a link to the most recent Appalachia doomsday  podcast we used YouTube to create, so we could launch it onto Torrent. The podcast is not viewable at YouTube.

12252022 Merry Christmas Appalachia, Hope Santa Brought You the Arse You Froze Off