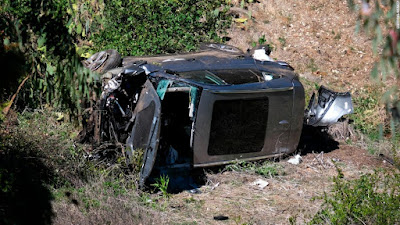 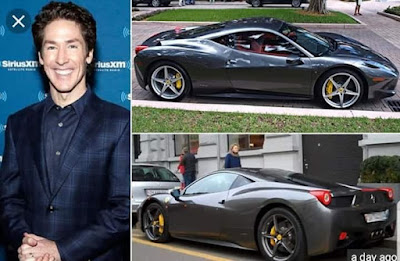 Some of the comments:

BillyThe question remains, what compels someone to bash a man over perceived improprieties? The answer is, because he is religious. No matter what is used as excuse, that's the only reason, the only possible reason. I imagine if Trump were still in the news, you'd be bashing him, he's not so you go to the next best target, God. If you don't understand God, perhaps you should do some research, it's readily available. Like anything in life, religion is hard to appreciate or understand unless you're familiar with it. This post is nothing more than cliche' hate, an old old cliche' trope. It must fill some need of the person who posted it, some small minded uneducated hack, cause it's been repeated a billion times over the years. Is the billionaire who donates a hundred million dollars to charity, is he better or worse than Joel Osteen? Does it have anything to do with how much the billionaire donates? Do we judge him for that act, or do we judge him for his life? Is it our right to judge him at all? Does money make people bad people? Is Osteen a human being? Look into the mirror, what do you see? I bet you see a person who puts down a lot of things, most of which he doesn't understand.Michael J.To whom are you addressing your compelling analysis o-wise-one?Many await with unabated breath.BillyWhy play dumb, is that part of your schtick? The more direct tack would be to assume that if you posted the meme, then it’s meant for you, if it’s not yours then I’m not addressing you. I only remember the meme, not the name who posted it. Interesting that you mock real questions, maybe you should reread them, they’re rhetorical yet how you answer them may reveal who you are?Michael J.pleaselet it go dude.Sloan BashinskyI had to google Osteen to learn something about him. He has a huge televangelical following. I think the Jesus and donkey question is fair, but what provoked the question, Jack? And what provoked Billy's scathing broad response? Also fair questions. Jesus in the Gospels said we cannot worship God and mammon, and judge not less we be judged. Memes pervade Facebook. I see relatively little original writing/thinking posted there. As for having a Ferrari, I have always viewed Ferraris as a testosterone symbol, and I wonder how estrogen fits into that picture? Yesterday, Tiger Woods was lucky to not be killed after driving a Genesis SUV at very high speed on a crooked California road. He'd recently had another back surgery. He was hoping to play in this year's Masters in April. How does someone recover from back surgery fast enough to do that? Law enforcement said on TV that Tiger did not seem impaired (booze, drugs). If he was not thus impaired, what caused him to drive so dangerously? Was he depressed that his golf career was over? Had something else upset him? I did not see those questions asked by any of the many TV analysts last night? Nor by any of the people they interviewed. Fair questions, I think. Questions I think will not go away, unless Tiger answers them. I really like Tiger, by the way. And, I wonder if he needs more estrogen. Jesus in the Gospels had plenty of testosterone and estrogen. It looks to me that humanity needs a lot more estrogen.