Chinese Virus: Embrace Tiger, return to mountain: a nurse and a mystic's views 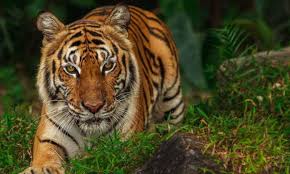 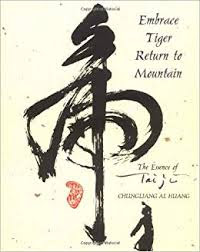 In my Facebook Messenger this morning from what turned out to be a nurse:

COPIED TO SHARE COMMON SENSE!
...For those of you thinking this is just the flu and no big deal VS all the people that die from the regular flu, and don’t understand how this all started...this is a GREAT explanation and a must read: From an immunologist at Johns Hopkins University...

Feeling confused as to why Coronavirus is a bigger deal than Seasonal flu? Here it is in a nutshell. I hope this helps. Feel free to share this to others who don’t understand... It has to do with RNA sequencing.... I.e. genetics. Seasonal flu is an “all human virus”. The DNA/RNA chains that make up the virus are recognized by the human immune system. This means that your body has some immunity to it before it comes around each year... you get immunity two ways...through exposure to a virus, or by getting a flu shot. Novel viruses, come from ANIMALS....the WHO (World Health Organization) tracks novel viruses in animals, (sometimes for years watching for mutations). Usually these viruses only transfer from animal to animal (pigs in the case of H1N1) (birds in the case of the Spanish flu). But once one of these animal viruses mutates, and starts to transfer from animals to humans... then it’s a problem. Why? Because we have no natural or acquired immunity. The RNA sequencing of the genes inside the virus isn’t human, and the human immune system doesn’t recognize it so, we can’t fight it off. Now sometimes, the mutation only allows transfer from animal to human. For years it’s only transmission is from an infected animal to a human, before it finally mutates so that it can now transfer human to human. Once that happens, we have a new contagion phase. And depending on the fashion of this new mutation, that’s what decides how contagious, or how deadly it’s gonna be. H1N1 was deadly, but it did not mutate in a way that was as deadly as the Spanish flu. It’s RNA was slower to mutate and it attacked its host differently too. Fast forward. Now, here comes this Coronavirus... it existed in animals only, for nobody knows how long...but one day, at an animal market, in Wuhan China in December 2019, it mutated and made the jump from ANIMAL TO PEOPLE. At first, only animals could give it to a person... But here is the scary part.... in just TWO WEEKS it mutated AGAIN and gained the ability to jump from human to human. Scientists call this quick ability, “slippery” This Coronavirus, not being in any form a “human” virus (whereas we would all have some natural or acquired immunity), took off like a rocket!! And this was because humans have no known immunity...doctors have no known medicines for it. And it just so happens that this particular mutated animal virus, changed itself in such a way that it causes great damage to human lungs. That’s why Coronavirus is different from seasonal flu, or H1N1 or any other type of influenza.... this one is slippery AF. And it’s a lung eater...And, it’s already mutated AGAIN, so that we now have two strains to deal with, strain s, and strain L....which makes it twice as hard to develop a vaccine. We really have no tools in our shed, with this. History has shown that fast and immediate closings of public places has helped in the past pandemics. Philadelphia and Baltimore were reluctant to close events in 1918 and they were the hardest hit in the US during the Spanish Flu. Factoid: Henry VIII stayed in his room and allowed no one near him, till the Black Plague passed...(honestly...I understand him so much better now). Just like us, he had no tools in his shed, except social isolation... And let me end by saying....right now it’s hitting older folks harder... but this genome is so slippery...if it mutates again (and it will). Who is to say, what it will do next. Be smart folks... acting like you’re unafraid is so not sexy right now, and frankly stupid and selfish. Stay home folks... and share this to those that just are not catching on.

Me
Interesting timing, getting this from you after I went through a physical and metaphysical coronavirus awakening yesterday.

To borrow from my trip to the grocery store yesterday, there was no way for me and the people working there to know if they had the virus unawares and had unwittingly passed it to themselves and to their customers by touching what I had selected and put into my reusable shopping bag, touching money in the cash register to make change for me, sacking what I had purchased in the reusable bag. I cannot stop going to the grocery store from time to time. And to other places. In the end, I will catch it. I can stop using money and pay by debit card.

Read a Bloomberg article yesterday, in which several doctors were quoted, the most poignant comment was, the virus and/or its next generations(s) are not going away, and either a vaccine is developed, or everyone catches the virus. But if it is mutating, how effective is a vaccine?

Have a homeless lady friend in Key West, who is a seer and dreams frequently about things I'm involved in, and sometimes about other things. She dreamed last night of a huge army of foot soldiers I had sent in to battle a huge, amorphous blob, which was absorbing and killing them all. She also said one of the Seven Seals has been opened, and the virus is the result.

Looks to me right now that the way humanity and government and medicine are responding to the virus will destroy the economic and social fabric of human society, and hard to swallow as it is, the safest course is to let the virus run its natural course, endure the human suffering and deaths and lasting lung damage in people it hits hardest, and in that way humanity becomes "vaccinated" and survives. But then, if the virus is mutating, will survivors be "vaccinated" against subsequent mutations?

Which brings the question, is the virus designed by something intelligent? Human scientists? Let's hope not, how truly idiotic that would be. Mother Nature? God? ETs?

Nurse
Could be! It has a brain. There are several people in my life who would not survive.

Me
There are people in my life, who would not survive. I might be one of them, given I'm 77 and have a history of susceptibility to respiratory tract infections, including numerous pneumonias, and GI tract disturbance, and I know I'm borderline diabetic and my urinary tract is struggling. I considered a while back that the virus poses the greatest lethal threat to medically-impaired and/or older people, who cost society the most money and manpower to take care of. Maybe Charles Darwin would say, Survival of the fittest? Maybe religion would say of the virus' dead, Their time had come?

Countless not of this world experiences have convinced me the soul is eternal, right now my soul using the body I'm in. I will continue after this body dies. And the afterlife is not entirely in sync with how some religions view it. But that doesn't stave off for me, at least, nor I doubt for anyone except perhaps a very high lama or yogi or mystic or shaman, the dread of suffering my lungs being ravaged by the coronavirus, nor the angst of my passing the virus to other people knowingly or unknowingly.

Nurse
I thought about Darwin... I enjoy your insight into various things,not just this. Also I believe in reincarnation but still sad to ‘lose’ a loved one.

Me
Agreed, my first child died of sudden infant death syndrome, it wrecked me. And, it changed the course of my life, which I described in Part Two of A SOUTHERN LAWYER WHO BECAME A MYSTIC, which Amazon has in paperback and kindle, and which can be for free online, perhaps the link below the best way to do that. It's been my observation that older people, and very sick people, are less attached to their remaining on this world, than their younger relatives and friends are attached to them staying here. In a way, I think, it's selfish to try to keep a very sick or very old person alive, so I, we, will feel better.

Key West starving writer: It's more blessed to give than to receive

Nurse
I’m a nurse and couldn’t agree more! I will read this when time allows. There are many things worse than death- and I have seen them!

Sloan
Amen. I nearly wrote in my last comment that there are far worse things than death.

sloanbashinsky@yahoo.com
Posted by Sloan at 10:04 AM