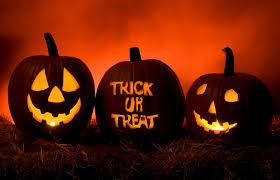 Yesterday was All Hallows Eve, when the spirit world and the human world are said to be closest. This is what jumped out at me yesterday.

The New York Times
MK
I've been thinking about quitting Facebook for a while. I love how it connects me to distant family and long lost friends - but I'm also deeply conflicted about the harm it's causing our country. I believe it is causing tremendous harm. Facebook's recent refusal to stop accepting paid political ads feels like the last straw for me. Would like to hear others thoughts on this.


KD
AGREE. i fear though if we leave it, there is no one aware of what is being spewed and zero counter balance. i am stunned at what people "want" to believe when it serves their purpose. i know people are not this dumb. they want to see what they are hearing and seeing on fb , that is why the sponsored posts continue. they work. very frightening.

AM
I want to leave because it makes me feel bad about myself. I know people exaggerate and curate, but the “look how happy and well adjusted my family is” posts drive me crazy. Of course I can’t look away. And it’s the best way to keep in touch with people from the distant past. It’s a tough call!

SU
I agree. I’ve tried to leave a couple of times by just deactivating my account for a while, but I found that most of the people I use it to keep up with (40+ somethings that jumped to this after MySpace) only use Facebook and I was missing things like  meet ups with old friends, reunion updates, etc. because most of my gen only uses Facebook, so I came back. Also, being so far away from family, I use it to share pics of the kids for them. And I spent WAY too long teaching them how to use FB, I’m not sure they could wrap their heads around Insta or Twitter. I’ve struggled with this for a while and this refusal kind of tips me toward leaving, but I would just miss my peeps too much. I feel like I can keep up with so many distant friends’ lives and kids. So, until there’s a better alternative, or my peeps start using some other social media platform, I’ll stay. For now.

Sloan Bashinsky
Besides my small amount of personal time on FB, I use it sometimes to see what's going on, the good, the bad, the beautiful and the ugly. If I didn't check out the Zuckerberg article you provided, I would have missed something really important. Hiding behind the 1st Amendment ain't gonna save Zukerberg from karma. She might take a while setting in, but she's a coming his way. Same for people Zuckerberg provides a platform to twist, mangle and even completely ignore the truth. I wonder if there also is karma for people who don't stay informed. For all it's faults, plenty happens on FB. It's humanity's selfie forum.

But then, there's Twitter, which President Tweet loves so dear. Imagine, if Hillary had won in 2016, and then she'd gotten caught holding up aid to Ukraine if its president didn't investigate her Republican presidential hopeful. Do ya think the Republicans would be hollering for her to be impeached? How about the Democrats?

Here's how I see it. If President Tweet was seeking information from Ukraine, which was vital to America's well-being, then attaboy. But if he, in fact, sought information on his perceived chief Democratic opponent, hoping it would  help him get reelected, then, dang if that don't smell to me like treason, and dang if it don't smell like him announcing in 2016 that he hoped someone would dig up dirt on Hillary, and dang if Russia didn't jump on it same day.

I saw yesterday that President Tweet was yelping online that the impeachment proceedings are the world's greatest witch hunt ever. Interesting  timing, it being Halloween. I thought if I knew how to get it to him, I'd send him this to fill out and file wherever is the proper place. 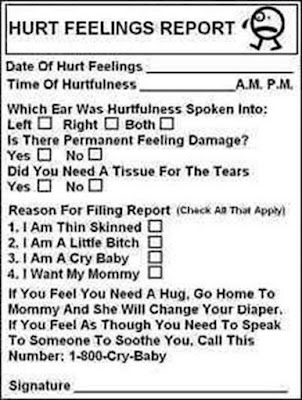 Here's the Zukerman article in the  New York Times:

By Aaron Sorkin
Mr. Sorkin is a playwright and screenwriter.

Mark, In 2010, I wrote “The Social Network” and I know you wish I hadn’t. You protested that the film was inaccurate and that Hollywood didn’t understand that some people build things just for the sake of building them. (We do understand that — we do it every day.)

I didn’t push back on your public accusation that the movie was a lie because I’d had my say in the theaters, but you and I both know that the screenplay was vetted to within an inch of its life by a team of studio lawyers with one client and one goal: Don’t get sued by Mark Zuckerberg.

It was hard not to feel the irony while I was reading excerpts from your recent speech at Georgetown University, in which you defended — on free speech grounds — Facebook’s practice of posting demonstrably false ads from political candidates.

I admire your deep belief in free speech. I get a lot of use out of the First Amendment. Most important, it’s a bedrock of our democracy and it needs to be kept strong. But this can’t possibly be the outcome you and I want, to have crazy lies pumped into the water supply that corrupt the most important decisions we make together. Lies that have a very real and incredibly dangerous effect on our elections and our lives and our children’s lives. Not even Larry Flynt would say Larry Flynt. This isn’t the same as pornography, which people don’t rely upon for information.

Last year, over 40 percent of Americans said they got news from Facebook. Of course the problem could be solved by those people going to a different news source, or you could decide to make Facebook a reliable source of public information. The tagline on the artwork for “The Social Network” read, in 2010, “You don’t get to 500 million friends without making a few enemies.” That number sounds quaint just nine years later because one-third of the planet uses your website now.

And right now, on your website, is an ad claiming that Joe Biden gave the Ukrainian attorney general a billion dollars not to investigate his son. Every square inch of that is a lie and it’s under your logo. That’s not defending free speech, Mark, that’s assaulting truth.

You and I want speech protections to make sure no one gets imprisoned or killed for saying or writing something unpopular, not to ensure that lies have unfettered access to the American electorate. Even after the screenplay for “The Social Network” satisfied the standards of Sony’s legal department, we sent the script — as promised over a handshake — to a group of senior lieutenants at your company and invited them to give notes. (I was asked if I would change the name of Harvard University to something else and if Facebook had to be called Facebook.) Editors’ Picks Leaving Prison at 72 $7.5 Million ‘Down the Drain’:

The Demise of the Bouncing Bridge A Lineman Became a Doctor, but Dementia Made Him Retire. He’s Only 42. After we’d shot the movie, we arranged a private screening of an early cut for your chief operating officer, Sheryl Sandberg. Ms. Sandberg stood up in the middle of the screening, turned to the producers who were standing in the back of the room, and said, “How can you do this to a kid?” (You were 26 years old at the time, but all right, I get it.) I hope your C.O.O. walks into your office, leans in (as she suggested we do in her best selling book), and says, “How can we do this to tens of millions of kids?

Are we really going to run an ad that claims Kamala Harris ran dog fights out of the basement of a pizza place while Elizabeth Warren destroyed evidence that climate change is a hoax and the deep state sold meth to Rashida Tlaib and Colin Kaepernick?”

The law hasn’t been written yet — yet — that holds carriers of user-generated internet content responsible for the user-generated content they carry, just like movie studios, television networks and book, magazine and newspaper publishers. Ask Peter Thiel, who funded a series of lawsuits against Gawker, including an invasion of privacy suit that bankrupted the site and forced it to close down. (You should have Mr. Thiel’s number in your phone because he was an early investor in Facebook.)

Most people don’t have the resources to employ a battalion of fact checkers. Nonetheless, while you were testifying before a congressional committee two weeks ago, Representative Alexandria Ocasio-Cortez asked you the following: “Do you see a potential problem here with a complete lack of fact-checking on political advertisements?” Then, when she pushed you further, asking you if Facebook would or would not take down lies, you answered, “Congresswoman, in most cases, in a democracy, I believe people should be able to see for themselves what politicians they may or may not vote for are saying and judge their character for themselves.”

Now you tell me. If I’d known you felt that way, I’d have had the Winklevoss twins invent Facebook.

Aaron Sorkin is a playwright and screenwriter. He won an Academy Award for “The Social Network” and, most recently, adapted “To Kill a Mockingbird” for the stage.

sloanbashinsky@yahoo.com
Posted by Sloan at 6:47 AM