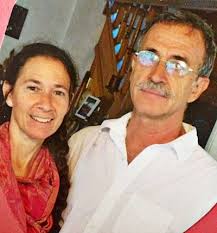 There are newspapers in Key West and the Florida Keys, and there is Key West the Blue Paper (thebluepaper.com), published by Arnaud and Naja Girard, above, without whom a lot bad shit in paradise pretend would stay buried under Mt. Trashmore, Key West's "dormant" landfill. 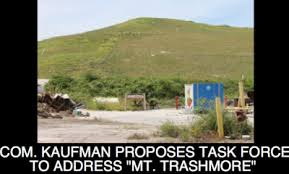 by Arnaud Girard…
It was a stormy hearing last Tuesday in Judge Jones’ courtroom. Raising his hands in the air, Jerry Ballarotto, the attorney for Tyrone Tucker, the accused “treehouse murderer,” told the Judge, “You have the right to be outraged!”
For the past two years Tyrone (“Ty”) Tucker has been held without bail in a Monroe County jail. He had allegedly confessed to another inmate, Naeem Jackson, that it was he who had stabbed Matthew Bonnet to death on the night of November 17, 2017 in Bonnet’s Stock Island “treehouse.”
Based on Jackson’s statement the Judge had denied bail. But last Tuesday defense attorneys came forward, with proof in hand, that the state prosecutor and sheriff’s office investigators had lied to the Judge.
This is what happened:
At Ty’s bond hearing, sheriff’s office detectives had testified under oath that Naeem Jackson had no incentive to lie for the prosecution. Mr. Jackson, the prosecutor claimed, was a totally independent witness who simply was shocked by the remorseless confession of a coldblooded killer: Tyrone Tucker. (Mr. Jackson was the only witness against Tucker presented by prosecutors.)
But recently the prosecutors were compelled to (finally) release what they had on Naeem Jackson: a full confidential informant file.
Jackson had admitted to one of Tucker’s defense attorneys, Cara Higgins, during a deposition, that he’d worked at least 30 cases as a professional confidential informant, some of them for MCSO. According to Higgins, he offered his testimony against Tucker in order to obtain an early release. His release was in fact secured, by Tucker’s prosecutor, the now embattled assistant state attorney, Colleen Dunne.
The Judge ruled that Ms. Dunne had 90 days to pass on any information she had gathered while working on the case and was to be thereafter “Chinese-walled” from any involvement with the treehouse murder case.
The main issue at the Tuesday hearing was the prosecution’s failure to produce files on two other witnesses that the defense believed were also confidential informants. Lieutenant Spencer Bryan, who oversees all confidential informant files for the Monroe County Sheriff’s Office, testified that those CI files do not exist.
However, the record-keeping system he described included so much discretion on the part of detectives about whether or not to document their interactions with “sources of information” that it was unclear in the end whether the two persons in question were clearly not informants or whether there was simply no record of them being informants.
For two years Ty Tucker has claimed he was being framed by MCSO Captain Penny Phelps. Captain Phelps has also been removed from the case. The interrogations she conducted in the treehouse murder case are now the subject of an internal affairs investigation about missing and edited videos.
The nagging question rumbling in the guts of the case has been whether the Sheriff’s narcotics unit might have somehow been involved with the Stock Island treehouse when a completely innocent Mathew Bonnet was murdered. Defense attorneys told the Judge they want to know why prosecutors and sheriff’s detectives are protecting suspects and hiding witnesses.
Judge Jones agreed with the defense that “things have changed” since the original bond hearing. He was referring to the misrepresentations regarding the credibility of the testimony of Naeem Jackson, the professional witness. Judge Jones indicated that he was open to reconsidering whether to allow Ty Tucker to get out on bond. He agreed to hear arguments the next morning.
That was Wednesday at 8:45 am.
A camera crew from Inside Edition was already set up with video equipment and microphones. The not-so-secret weapon in Ty Tucker’s case, CrossFit co-founder Lauren Jenai, was sitting in the spectator area with her four children. Jenai is bankrolling the team of high-powered lawyers who are to save her childhood sweetheart. She believes Ty is innocent. She planned to marry him before the end of the week at the County jail. The attorneys were ready for battle: We learned that their public records requests had brought up damaging phone texts between Captain Phelps and Assistant State Attorney Colleen Dunne.
But the state’s newly assigned prosecutor, Patrick Flanigan, immediately cut to the chase and agreed that Ty Tucker should be allowed to post bond. The bail was set at $2 million. Ty would be allowed to move to Lauren Jenai’s home in Oregon pending trial but would be required to wear an electronic monitoring device. Lauren was hugging her kids. The TV cameras were eating it up.
In the courthouse corridor a lawyer who’s been following the case but wants to remain anonymous told The Blue Paper the issue with the confidential informants is just the tip of the iceberg and that the Judge doesn’t like it because it may put into question a lot of past convictions. “There have been numerous cases where the prosecutors did not disclose that the source of their information (witness testimony) used to secure convictions came from paid informants. To wit, cases would be close to falling apart for the prosecution and then, miraculously, a “good Samaritan” would show up and say that they heard the defendant “admit to the crime.” The prosecutors would never disclose to the court that the good Samaritan was in fact a CI. It’s been a part of the “win at all costs” approach prosecutors have taken over the years. This case could bring those other cases back to the forefront.”
Ty Tucker was released on bond that afternoon. Jenai and Tucker were set to leave Key West for Oregon this weekend.

Sean Hynes
'Bout time some light was shed on the corruption.
Way to go🥊

Jan Isherwood
The Truth shall make us free. Too bad there is so little of it. What an amazing story, and to find truth and justice in our local court is equally amazing. Congratulations, Everyone!

Jennifer Brasfield
It makes me wonder why none of the other local newspapers published anything on this story?

James Blagg
This is ridiculous. She needs to be fired! Lying to a judge as a lawyer gets what a slap on the wrist. I hope judge Jones makes an example out of her as he has been giving this attorney way to much flexablity in the court room and she just ran right over him.

Sloan Bashinsky
When I republished my comment under same article at the bluepaper's Facebook page, a notice came up that the comment "goes against our community standards and only you can see it." Facebook's community standards? The blue paper's?

sloanbashinsky@yahoo.com
Posted by Sloan at 6:34 AM