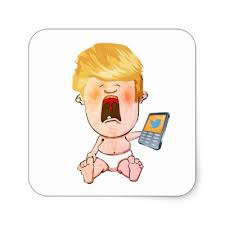 This below was posted on Facebook by a Key West resident, who told me a while back that he is Buddhist.

Ok, it's time for my early predictions on the upcoming presidential election:
1. Trump is going to be re-elected.
No I don't like it but it's probably going to happen and here's why...
A. Anti-Trump Republicans are going to be divided. Mostly between Mark Sanderson, Joe Walsh, and John Kasich.
B. Democrats are going to be fickle and scattered all over the place, focusing on the candidate that best matches their particular wants and needs and there are far too many Democrat candidates out there for that to do any good.
C. Most Independents aren't smart enough to see that this is not the time to try to get a third party in play and will vote for their preferred party.
2. If you really want Trump out, the way to do it is for ALL the Democrats, AND Independents, and maybe even (but not likely) the Republican Anti-Trump crowd to all vote for the Democrat who ends up being the front-runner. Otherwise it's probably gonna be 4 more years of this POS.
That is all. Good luck.
sloanbashinsky@yahoo.com
Posted by Sloan at 9:29 AM