more howler FUBAR-ing from the great red state of Alabama 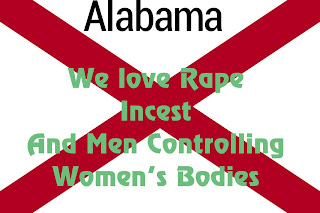 Yesterday brought a link from a Florida Keys lawyer, who from time to time over the years encourages me to keep rocking the boat.

The Post required me to disable my ad blocker to see the article, so I found a New York Times link that did not pout over my ad blocker. The Times article did not format well into a post at this website, so I leave for you to open the link below and have a bit of fun reading even more howler FUBAR-ing from the great red state of Alabama, where I was born and raised, attended the University of Alabama School of Law, and practiced law for a while:

Tensions had publicly bubbled up in recent weeks, with Hugh F. Culverhouse Jr. reportedly dictating how he wanted his $21.5 million donation spent ...

After reading the article, I replied to my lawyer friend:

I had not yet heard of this fantastic horror movie. What the fuck were the people running the law school thinking to begin with, changing its name to the donor's name? The karma was swift and harsh. Regardless of the disagreements between the donor and the law school, I think the law school made an even bigger mistake, if it did not publicly denounce the Alabama legislature and governor legalizing rape and incest, so to speak. Alabama has made itself a pariah. If I were looking to go to law school, and then practice law elsewhere, I would not attend the University of Alabama School of Law and then wear that red badge of hell the rest of my law career.

I then went online and found a cheeky article in the Birmingham News (AL.com) by a University of Alabama School of Law student, who felt called to defend her school's honor. Her article formatted ok at this blog. Cheeky is good, but I felt she was too close to the situation to be entirely objective, and I made the only comment under her article up to that point in time.

What Culverhouse and the media got wrong about UA law


By Sarah Ann Hughes, a third year student at the University of Alabama School of Law and a native of Winfield, Alabama

I suppose the folks who decided to accept the largest donation in University of Alabama history from a certain Florida real estate developer back in September must’ve failed to do a simple web search of the man before getting the check.
If they had, they might have been able to foresee the recent controversy embroiling the school. The heir of a family with a disturbing number of past media spectacles and can’t-look-away infighting, Hugh Culverhouse Jr. is no stranger to drama.
So it was no surprise to me and other students when we saw his comments from last week where he called on folks around the state and country to boycott UA and the School of Law that bore his name—albeit for a short few months—in response to the governor signing an abortion ban into law in May.
The drama came to a head on Friday when the UA Board of Trustees voted to return his $21.5 million pledged donation, due to Culverhouse, Jr. making repeated demands as to how the School of Law would spend the money. Vice Chancellor for Communications Kellee Reinhart told AL.com, “The action taken by the Board today was a direct result of Mr. Culverhouse’s ongoing attempts to interfere in the operations of the Law School.”

University of Alabama System Chancellor Finis St. John stated on Friday, “We will learn from this and always remember that we cannot and will not compromise the values of academic integrity and independent administration at any price.”
At first, I was amused by the developments, as any avid Real Housewives watcher would be. Then came the national media attention, with outlets like NPR, Jezebel and the Washington Post capitalizing on the events. Instead of investigating the facts surrounding the spat and publishing the full story, they leaned into tired tropes about Alabama and our backward ways. Instead of reporting the truth—that the dispute is likely more about his desire to control the school’s purse strings—some of these outlets allowed their writers to take cheap shots at the school, its students, and its faculty.
Culverhouse, Jr. and these media platforms couldn’t be more wrong about the faculty’s curricula and what we learn in the classroom. He, of course, has no way of knowing that—he didn’t even go here.
It’s ridiculous to imply that the school has an official anti-abortion stance when, in fact, the professors who teach Constitutional Law at the University emphasize the principle of stare decisis and the importance of understanding the historical and cultural contexts that come along with watershed cases like Roe v Wade.

Hell, without the instruction of constitutional law scholar Professor Bryan K. Fair, I couldn’t even begin to understand or express the exact legal reasons to loudly and proudly oppose the abortion ban. Because of the education I’ve received at UA Law, I know the legal and real world consequences of HB314 for people who need access to abortion, as well as the consequences for the taxpayers of Alabama who will fund the state’s (very expensive) defense of the law in the years to come.

Despite the entertainment factor of the recent dispute between UA and Culverhouse, Jr., I say we move on and leave Mr. Culverhouse and his bag full of dirty tricks in the past. Let’s get to work figuring out exactly how we can best prepare ourselves to seek justice and protect those who will be impacted the most by the abortion ban.
There are students enrolled at the school right now that are planning to use their legal education from this top-25legal institution to advocate for reproductive rights for all in Alabama and nationwide. In fact, several students at the school recently founded a chapter of If-When-How, a student organization whose mission is to educate students and the community on issues of sex education and family planning, including access to birth control and abortion.
Lastly, I’ve got an idea for the money Culverhouse, Jr. was so eager to give to UA. The West Alabama Women’s Center in Tuscaloosa, the Alabama Women’s Center in Huntsville, and Reproductive Health Services in Montgomery are the state’s only facilities where one can receive an abortion. All three clinics are independently owned and rely on donations to fund their operations. The staff at these clinics share resources and work together to ensure safe and affordable abortion access for people in Alabama, and they could surely use the money.
·
I read elsewhere today that Culverhouse and his father strongly supported Planned Parenthood and the younger Culverhouse was outraged over the new Alabama abortion law, and it was hours after he asked for return of $10,000,000 of what he had given, that the law school/university wired his bank a full refund. I have a J.D. and LLM in Taxation from the Alabama School of Law. I think the school made a huge mistake agreeing to change its name to Culverhouse, and an even bigger mistake, if it did not publicly denounce the new abortion law and the Alabama legislature and governor. I think no person not wishing to live and practice law in Alabama apply to the Alabama School of Law and later wear that pariah state's badge in another state. Imagine an Alabama law graduate competing with a Tennessee law graduate, for example, for a job with a social activism law firm or organization. As for Culverhouse, perhaps he has not heard of, "It is more blessed to give than to receive?" But, I think his advice for women, especially, to avoid the Alabama School of Law, bears serious consideration.

On the national blue politics FUBAR-ing front, this showed up in my Facebook time line yesterday:

Sponsored ⋅ Paid for by Biden for President ·
As a top Democrat, you’ve been selected by the Biden for President campaign to share your top priorities with Joe! We need your answers by midnight tonight, so don’t delay. Click below to begin the survey:

GO.JOEBIDEN.COM
✅You’ve Been Selected
Paid for by Biden for Pre...