This morning, I woke up and saw online a gone-viral scandalous article by a journalist known to be a big fan of Martin Luther King, thus, he cannot be ignored by blacks and white liberals, while white supremacists and conservatives should keep ever in mind very similar sexual misconduct allegations against President Donald Trump and Supreme Court Justice Bret Kavanaugh. I keep wondering how American children are affected emotionally, mentally, morally, spiritually and behaviorally by what they see and hear on TV and online about the dark sides of national leaders?  I also keep wondering about Dr. King being assassinated after he came out against the Vietnam war as a rich white American men's war for corporate profit, and President John F. Kennedy being assassinated after he got cold feet about expanding America's involvement in the Vietnam civil war. 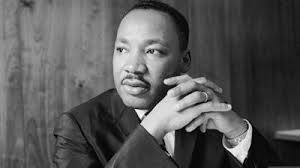 How to Make Sense of the Shocking New MLK Documents - POLITICO ...

4 hours ago - How to Make Sense of the Shocking New MLK Documents ... Sexual harassment revelations have felled a forest of cultural, political and ...

David Greenberg, a professor of history and journalism and media studies at Rutgers, is a contributing editor at Politico Magazine. He is the author of several works of political history including, most recently, Republic of Spin: An Inside History of the American Presidency.