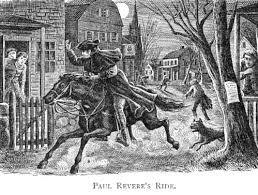 A fellow who once worked for my father's company posted this on Facebook about yesterday's Kentucky Derby. I include under it only my comments:

I have had the privilege of attending several Kentucky Derby races over the last 50 years. When I was uable to attend, I was able to watch on television.
While it is just a horse race, and the sun will rise tomorrow, the 145 Derby outcome speaks volumes about an underlying liberal SOCIALIST tone in America today:
If I can not win the contest outright, I can blame it on some technicality and allow the judges, the officials, or in this case, the stewards to overrule the outcome and award me the trophy. This outcome unfortunately tells me that liberals and liberal socialist media, are now making the calls in sports as well as elections In America today:
Other examples such as The Superbowl...I lost so I blame it on the amount of air in the football..or...NCAA officials
technically determining the winners or losers of a game...or Socialist Liberals blaming Russia and TRUMP for HilLiary losing an election....or..blaming AG Barr for the failure of their Special Prosecutor's Attempts to find any evidence of collusion against our President instead of accepting the fact that they lost the election.
If I did not win, we need to change the rules so that I can win in the next election.
YOU MIGHT think this is a stretch for someone like me who has reached the point of AVOIDING CONTROVERSY WHENEVER POSSIBLE, however when something is so wide spread and blatant, it is hard to keep my mouth shut! Anyway, this is my opinion.
I am not interested in your objection. ANY NEGATIVE COMMENTS WILL BE DELETED FROM MY POST.
If you differ, post your position on your own page!
By the way, the best horse in the Derby was robbed of his Victory today. He does not know why and could care less...but he was robbed.
In the short video clip, it is crystal clear Maximum Security's jockey veered Maximum Security into the paths of two horses coming up from behind and impeded those horses making their moves. One of those horses was the horse that came in second and ended up declared the winner over disqualified Maximum Security.

Was Maximum Security's maneuver illegal under horse race rules? If so, what's the difference in taking the win away than a football referee using instant replay to rule a last second pass in the end zone was caught out of bounds by the receiver, whose foot touched the white line when he caught the ball?

A friend, who used to race horses, told me the rule is, a horse cannot change lanes after getting out of the starting gate and establishing a lane, unless the horse can shift to another lane without impeding other horses behind.

Alas, crystal clear replay often is not decisive in America, nor anywhere else on this planet. Instead, personal bias, spin, etc. is all too often decisive.

I have seen many Larry Hathcock Facebook posts bashing liberal socialists (there are conservative socialists?) and praising President Trump. I do not mean to pick on Larry in particular. There are tens of millions, or more, Americans, who seem to share Larry's adoration of President Trump, and probably just as many Americans who still adore Hillary Clinton. They both disgust me, which is my personal bias based on what they both were reported in the news media as having done.

Oh. Oops! The media is fake, can't be trusted, according to President Trump.

That particular cluster fuck out of the way ...

President Trump's newest mantra: "Investigate the Investigators" (the FBI, among others), is hilarious in the face of the FBI investigated both Hillary Clinton and Donald Trump in 2016, but the FBI only made known in 2016 its investigation of Hillary Clinton, which, along with what Julian Assange (Wikileaks) and Vladimir Putin (the Russians) were up to, got Donald Trump elected.

I bet President Trump and his backers will never see it that way. I bet they will keep chanting, "Investigate the Investigators," instead of thanking the liberal Socialists (FBI, Hillary Clinton, the Democratic Party, the fake media and Russia) for getting Donald Trump elected in 2016.

Liberal SOCIALISTS did not investigate Donald Trump in 2016, nor in 2017, nor in 2018. Republicans investigated Trump then. Now liberal Socialists (Democrats) are investigating him and his new Attorney General, Mat Barr, who seems to me to have been bought and paid for by President Trump.

The same Donald Trump, who was involved in 3,500, give or take, civil lawsuits before he ran for president in 2016, now is using civil lawsuits to try to block the Democrat investigators.

Since I once had a tax law degree and sometimes did tax work for clients in my law practice, I wonder why the tax lawyers have not come out en mass, saying the IRS auditing Donald Trump's tax returns has zero to do with his not making his returns public. Trump always was free to release his tax returns, and he did not release them because he did not want the public to see what was in them.

If Donald Trump's tax returns are released, it might be even more awful for him than the redacted Robert Mueller report. At the very least, the public will see how much money Trump made when he signed his new tax cut into law.

Trump banged his lawyers, who took notes, which later were used against him. I never knew of a lawyer who did not take notes of conversations with clients, unless perhaps the lawyer knew a client was guilty of a crime and taking notes would be dangerous to the client.

I would love to see the unredacted Mueller report, but that's not going to happen. At the very least, everything in Meuller's report but matters of actual national security, as opposed to what Matt Bar and Donald Trump say is national security, should be made public, just as the dirt on Hillary Clinton was made public in 2016.