free speech has its ups and downs 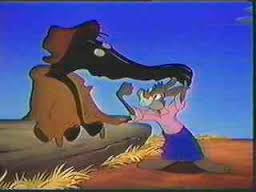 This below was in my Facebook timeline this morning:

As with many stories from the South, the truth is better than fiction...

WASHINGTONPOST.COM
A newspaper editor urged the Klan to ‘ride again.’ A black woman is taking his place.
Following widespread condemnation of his editorial that called for mass lynchings, Goodloe Sutton has turned over the Democrat-Reporter to Elecia Dexter.
From the Monroe County (Florida Keys) State Attorney (top law enforcement officer): 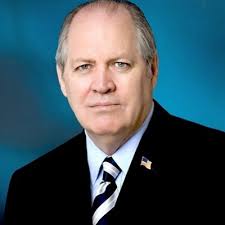 Dennis Ward <dward@keyssao.org>
To:J. Timothy Gratz
Cc:chair@keysdems.com,southernmostrepublicanclub@gmail.com,pdodderidge@gmail.com,Rita Wales,shirrel
Feb 23 at 4:16 PM
He needs to do the right thing, this time.

Sent from my iPhone

FIGHTING SEX TRAFFICKING IS NOT AND SHOULD NOT BE A PARTISAN ISSUE.  IT IS AN ISSUE OF RIGHT VERSUS WRONG.

AT OUR NEXT GOP MEETING I WILL ASK THE PARTY TO URGE ALL REPUBLICANS INCLUDING SENATORS RUBIO AND SCOTT TO JOIN IN THIS DEMAND!!
AS JFK SAID, "SOMETIMES PARTISANSHIP DEMANDS TOO MUCH"   NO REPUBLICAN SHOULD DEFEND THIS MAN!!

AND AS I WROTE YESTERDAY, ONE DAY ACOSTA WILL HAVE TO STAND BEFORE A GOD WHO LIVES CHILDREN AND HATES THOSE WHO MOLEST THEM
UNLESS HE PUBLICLY REPENTS I KNOW WHERE HE WILL SPEND ETERNITY
WITH HIS "FRIEND" JEFFREY EPSTEIN!!
I HOPE EPSTEIN'S VICTIMS WILL GET JUSTICE!!!

From the Hill today:

Three House Democrats are collecting signatures for a letter calling on President Trump to demand the resignation of Labor Secretary Alexander Acosta.

The push comes a day after a federal judge ruled that Acosta and other federal prosecutors acted illegally in making a plea deal with accused child sexual abuser and billionaire Jeffrey Epstein before speaking with his victims.

“Despite abundant evidence and multiple witnesses still willing to come forward, then-U.S. Attorney Acosta failed to charge Epstein under federal trafficking laws, which could have put Epstein away for life,” the letter states. “Instead, he pleaded guilty to far lesser prostitution-related charges and served only 13 months in a private wing of a county jail but was able to leave 6 days a week for 12 hours at a time.”

“This despicable unjust plea deal that was arranged by Acosta showed no respect for the suffering of the victims and credible accounts of human trafficking and was a clear abuse of power for political gain,” the lawmakers write.

The letter says Acosta’s mishandling of the situation shows he's unfit to serve in the administration, arguing he “succumbed to the pressure” from Epstein’s legal team while disregarding the law.

“As Members of Congress we are committed to ensuring that those who occupy top positions in the federal government are held to the highest standards of the law,” they said. “We strongly believe that Secretary Acosta was negligent in his duty to represent the best interests of the victims and the U.S. Government. As such, we request that you immediately demand his letter of resignation.”

Lawmakers had until 2 p.m. Friday to add their signatures to the letter.

Epstein has been accused of setting up a network of underage girls for sex that included as many as 80 young women. Victims were allegedly asked to recruit more women for the scheme.

The Democrats cited reporting by the Miami Herald in November that said multiple women “were intimidated by Epstein and his staff and told not to talk to the police,” even after his arrest.


Florida has a very broad public records law. Virtually all electronic mail sent or received by the Office of the State Attorney is available to the public upon request.
sloan bashinsky <sloanbashinsky@yahoo.com>
To:J. Timothy Gratz,Dennis Ward
Cc:chair@keysdems.com,southernmostrepublicanclub@gmail.com,pdodderidge@gmail.com,Rita Wales,shirrel
Feb 23 at 5:05 PM
If Trump does not remove Acosta, then does that make Trump, and  anyone who does not call for his impeachment, just as guilty and EVIL as Acosta and Epstein?

From a fellow who once worked for my father's company:

From one of the Founding Fathers: 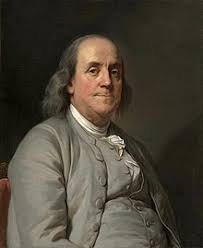 For the Fourth: Benjamin Franklin (Kind Of) on Freedom of Speech

by Robert Shibley
July 4, 2012
On this Independence Day, FIRE would like to quote Benjamin Franklin, favorite son of our own hometown of Philadelphia, on free speech.
Actually, that’s not 100% true. This particular statement of free speech was not written by Franklin but rather quoted at length with approval by Franklin from an "Abstract from the London Journal." But even this didn’t appear under the name "Benjamin Franklin"—Franklin printed it under the name of Silence Dogood, a fictional middle-aged widow that Franklin made up. Why did he do that? Because Franklin was only 16 when he wrote the letters from Silence Dogood to his brother James’ newspaper, the New England Courant(where Franklin was an apprentice printer), and James refused to print anything his little brother wrote.
It gets weirder: this issue of the Courant, from 2-9 July 1722, was printed by Benjamin Franklin, not James Franklin. Why? Because James Franklin was in jail at the time for printing something that offended government officials in Massachusetts—and the 16 year old Benjamin Franklin went on publishing the paper without him!
So we have Ben Franklin printing something written by someone else under another someone else’s name in yet another someone else’s paper that was in fact being printed by nobody else besides him. Franklin certainly was an American original! It’s no wonder that when James found out that Benjamin was writing the Silence Dogood letters, Benjamin broke off his apprenticeship and ran away to Philadelphia to avoid his brother’s wrath.
With that context, let’s see some excerpts of what Franklin/Dogood/the London Journal had to say about free speech:

SIR,
I prefer the following Abstract from the London Journal to any Thing of my own, and therefore shall present it to your Readers this week without any further Preface.

This sacred Privilege is so essential to free Governments, that the Security of Property, and the Freedom of Speech always go together; and in those wretched Countries where a Man cannot call his Tongue his own, he can scarce call any Thing else his own. Whoever would overthrow the Liberty of a Nation, must begin by subduing the Freeness of Speech; a Thing terrible to Publick Traytors.

Freedom of Speech is ever the Symptom, as well as the Effect of a good Government.

GUILT only dreads Liberty of Speech, which drags it out of its lurking Holes, and exposes its Deformity and Horrour to Day-light. 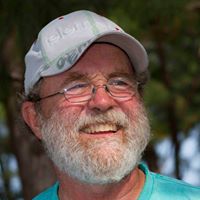